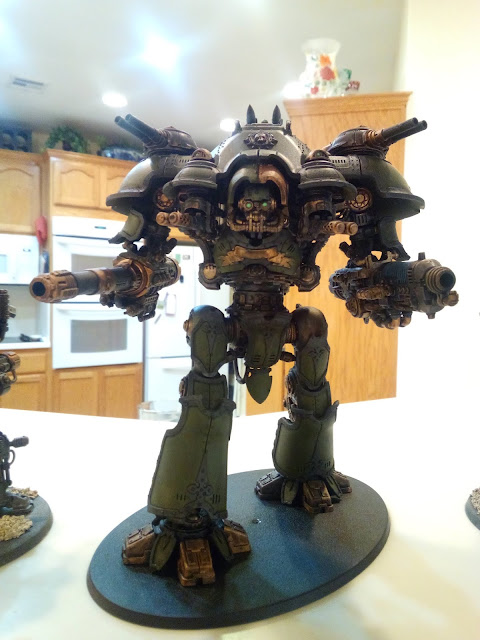 So, I decided to build an Imperial Knights army for 8th Edition of Warhammer 40K.

I started in Adeptus Titanicus and Epic Space Marine back in the early 90s.
Rogue Trader and 2nd Edition, I played Harlequins.
Then, I had a large Khornate Chaos Space Marine army for 3rd edition.

Then, kids and family, plus I started as a freelancer in the miniatures industry, which left me no time to collect and play.

Now, I'm back.  I dig the fact that WH40K has become a mecha game with the introduction of the Knights as a new army in 7th edition.

So, I bought a few Knight Armigers, the tiny "chicken-walker" mechs, and built them up.
As a reward for myself for finishing the rewrite of Junctionworld Book One: Defiance, I bought a BIG Dominus-class Knight called the Castellan.

It's a big boy.  Let's walk through the work as I built it up slowly... 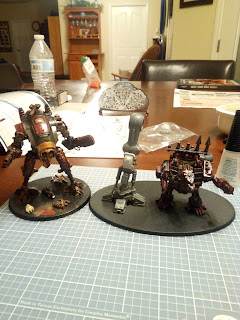 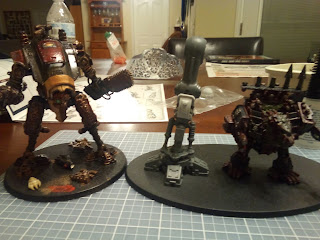 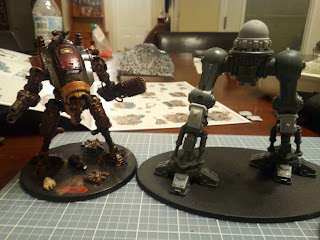 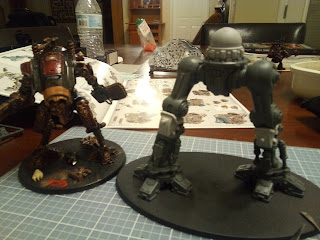 Thanks to my brother, Mark, who bought me some aftermarket leg and torso extenders.  The Knight looks great, both visually and vertically. 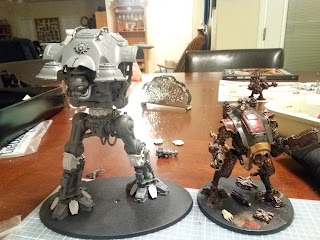 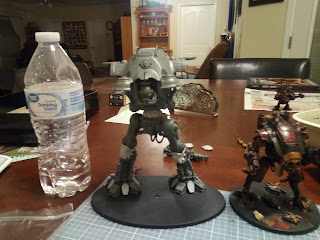 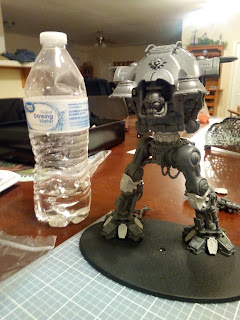 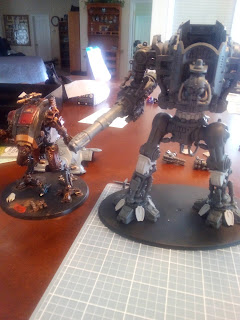 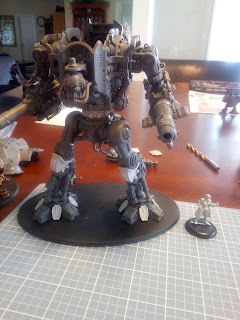 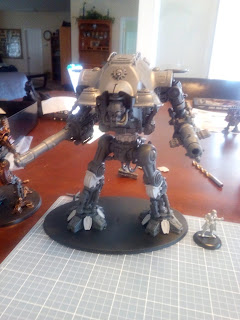 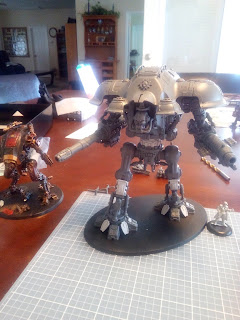 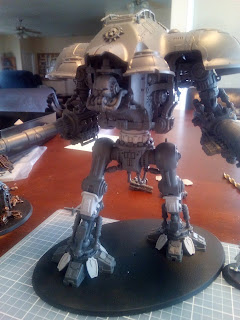 Initial dry assembly.  I left the armor panels off, so they can be painted separate. 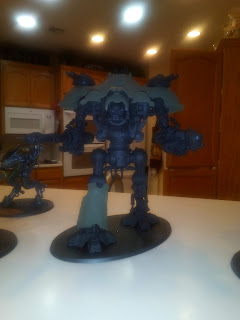 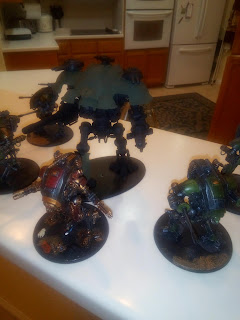 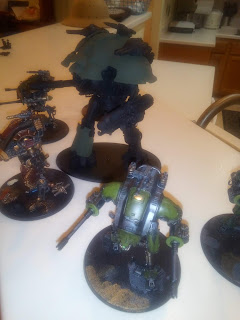 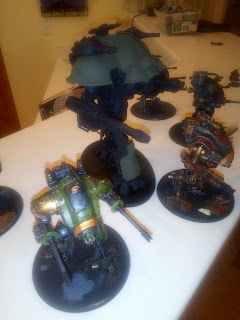 Base coat of black for the main chassis and weapons, and OD green for the armor panels.
It's huge! 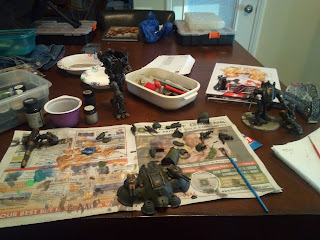 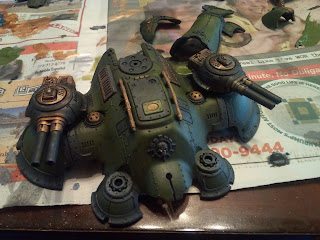 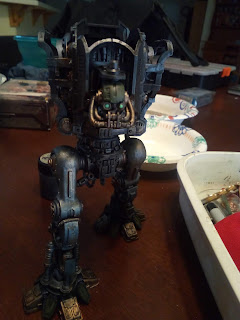 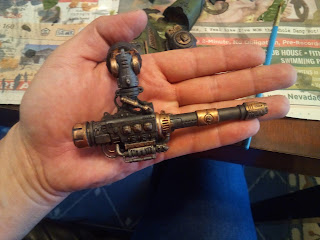 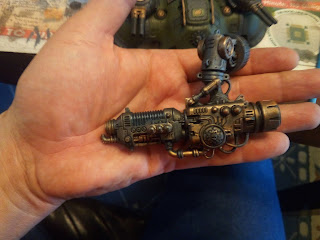 Main coat, accent colors, and nuln oil.  It's simple, but I like the effect on a military machine.
No fancy-pants paint schemes for my stuff!  Because I'm rubbish at painting!  ;) 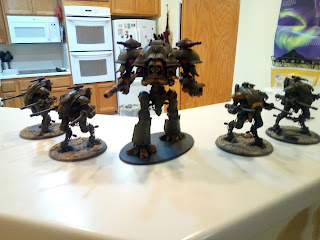 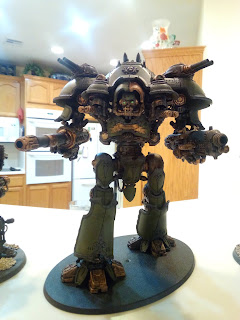 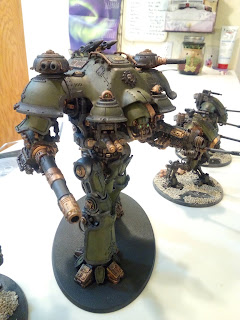 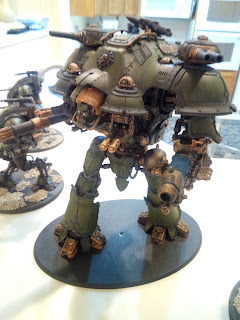 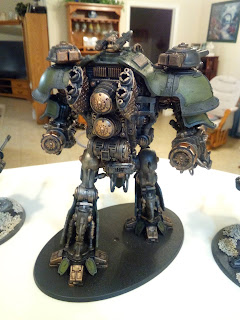 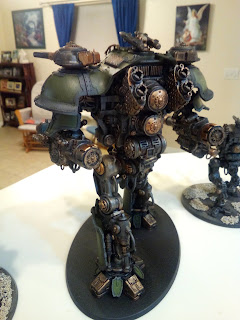 Here it is in all its glory.  I really enjoyed putting this kit together.  From a mech designer's point of view, it's a marvel of precision in assembly, especially considering that it's injection molded.

It just needs basing and maybe a few decals, and it'll be done.