I joke with people, and tell them I have 17 hobbies, and don't have time to do any more.

That's a lie.  I just drink more coffee, get less sleep, and try and wedge the 18th hobby in there, somewhere. 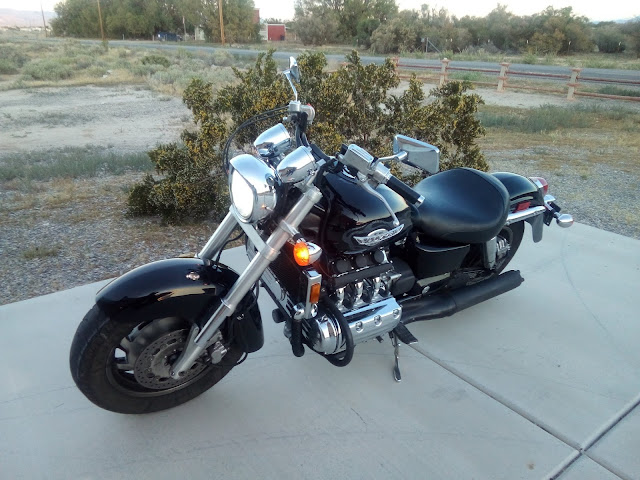 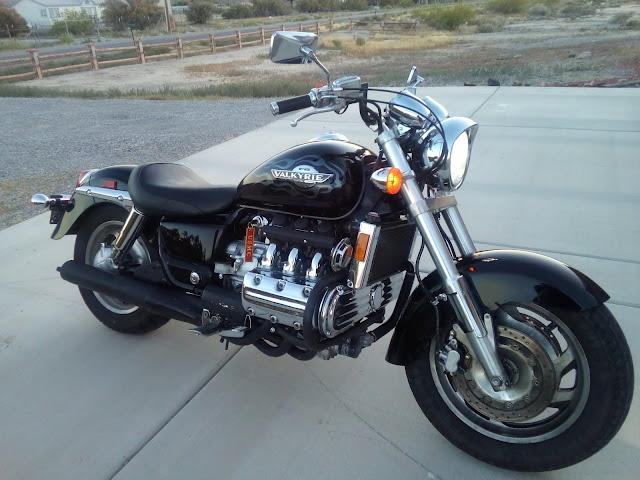 I ride a 1999 Honda Valkyrie, which I've bobbed out.  Blackened a lot of the chrome, stripped off things I consider excess weight, and made the stock exhaust louder with a drill bit extension I turned on my lathe.
It's my head-clearing machine, two-wheeled therapy.  I ride out to work, when I can, about 120 miles round trip. 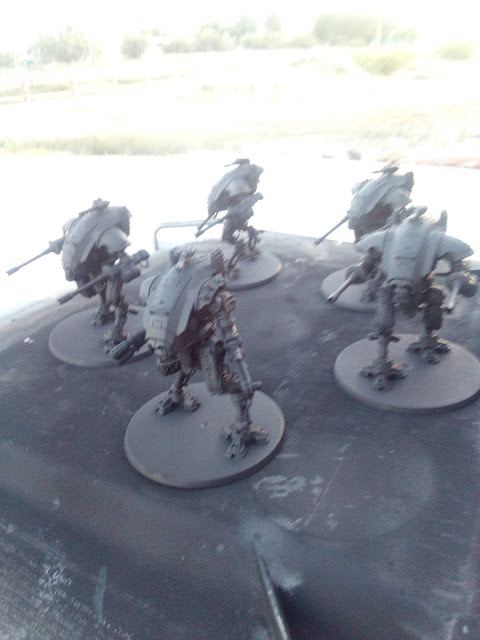 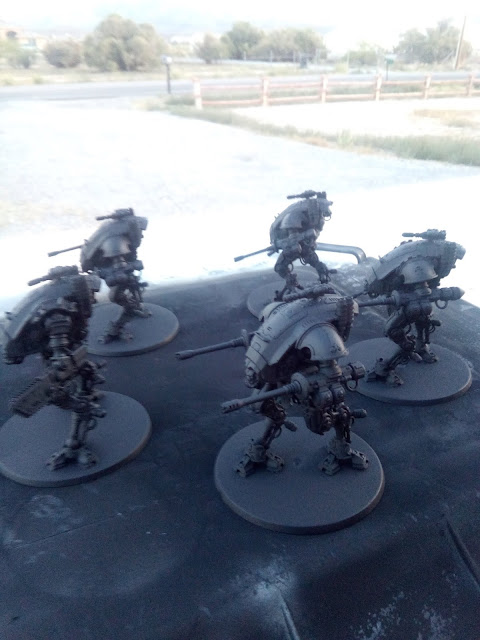 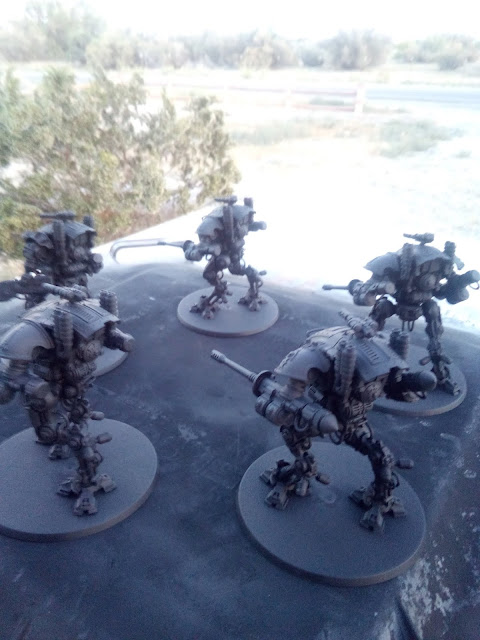 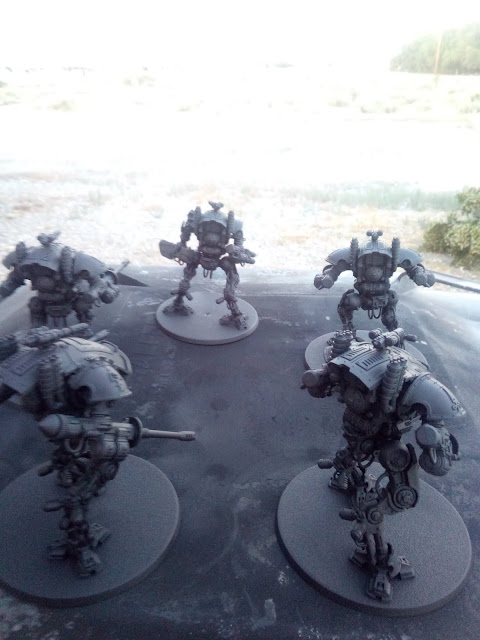 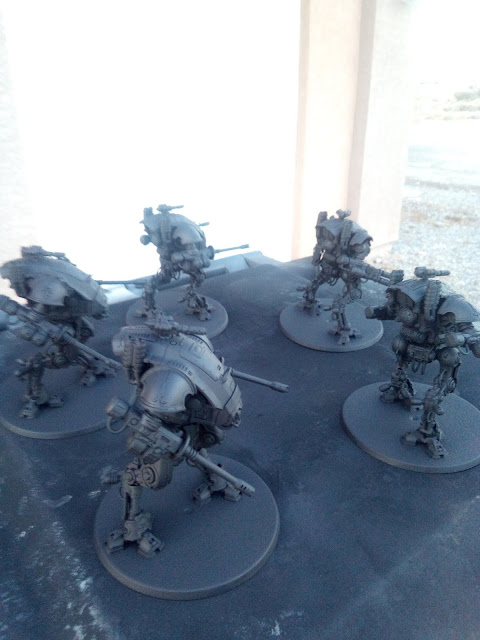 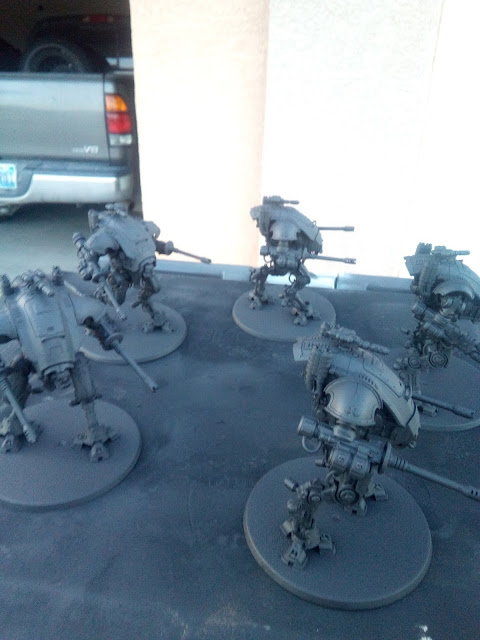 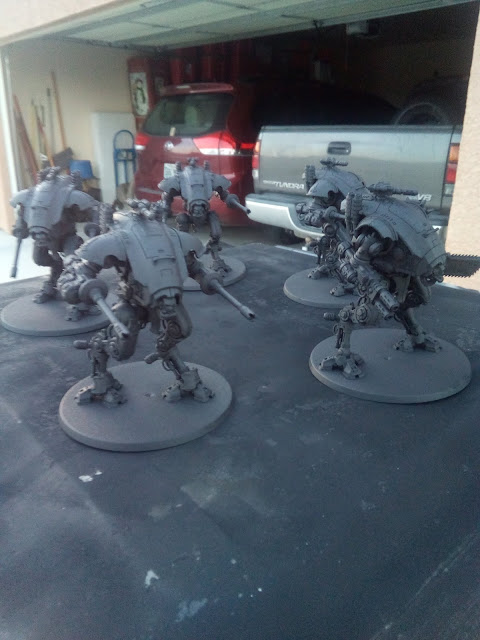 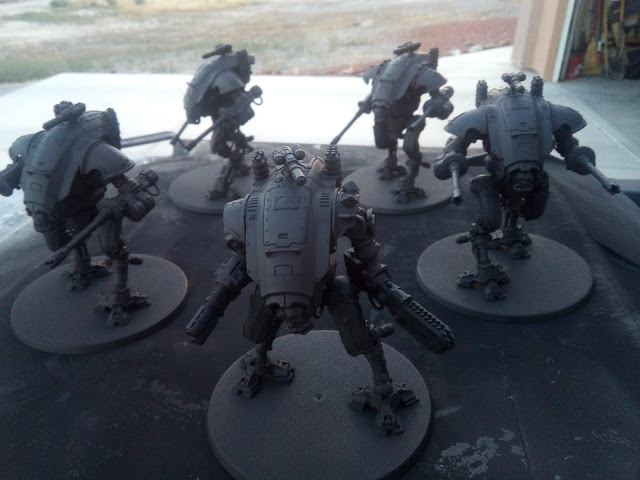 I recently got back into mech model kits, and chose a number of Games Workshop Knight models, called Armigers.  The shooty guys are Armiger Helverins, the chainsaw-wielding fellow is an Armiger Warglaive.  Here they are, after base-coating. 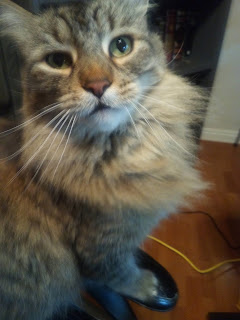 Here's my daughter's cat, Applebee, who hates me.  She's away for the summer, though, so he tolerates me.  I give good head scratches. 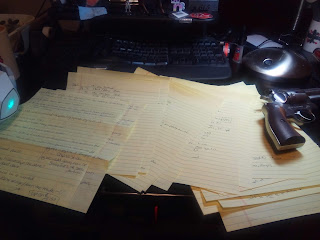 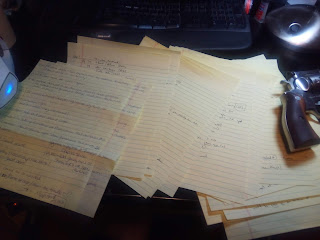 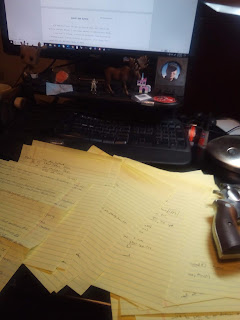 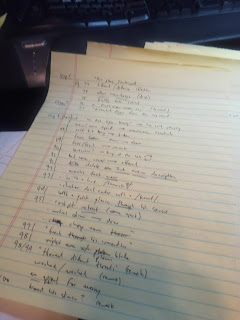 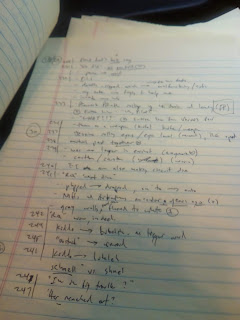 I turned in my final edits (fingers crossed) for Junctionworld Book One: Defiance.  There were 18 pages of notes and changes that I went back and edited.  It took an all-nighter involving numerous pots of coffee. 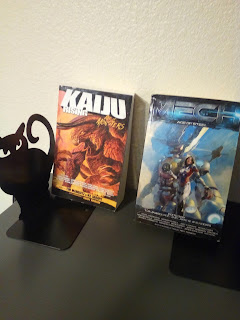 Three new additions to the book pile.  Two anthologies edited by Tim Marquitz, and a pair of Kitteh bookends. 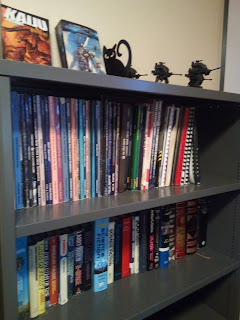 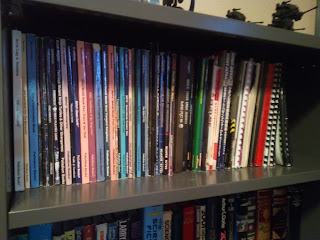 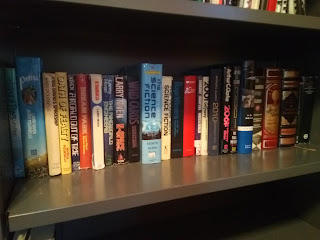 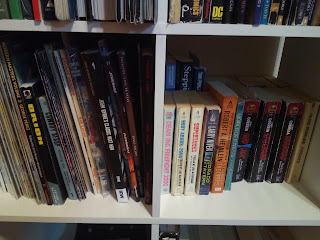 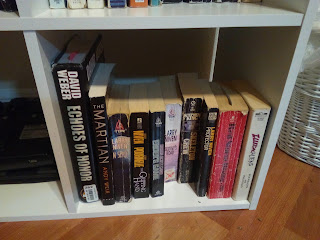 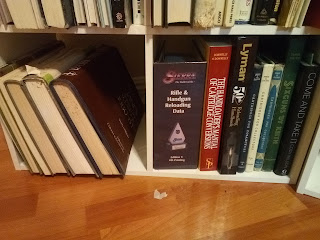 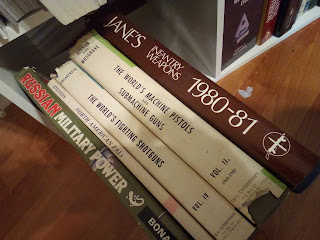 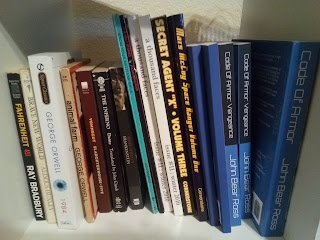 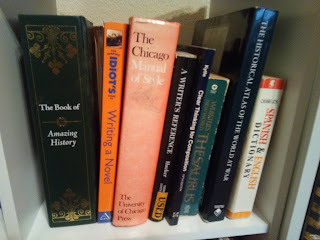 I bought a surplus government bookshelf from an auction at work.  It's sturdy and utilitarian, holding a small portion of my collection that I want next to me while I'm writing, both for reference and inspiration.

Lots of comics, RPGs, hardcover science fiction from the masters, reference material, and the works of some hack named John Bear Ross.  ;)