Writing on Headhunter's War: Junctionworld Book 3 continues.  It's going to get ugly.

Also, Audible is working on the audiobook recording for Breakthrough: Junctionworld Book 2.  That should be out in a month or so, for you audiophiles.

In Defiance news, my publisher, Aethon Books, has gracefully suggested through its media outlets that Defiance: Junctionworld Book 1 should be considered for the Dragon Awards, in the category of Best Military Science Fiction Novel. 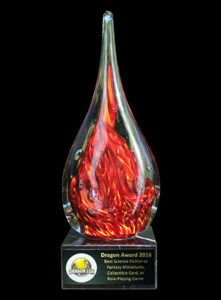 That's pretty humbling, and I'm grateful they put me on the list with my other stablemates over at Aethon.

Here's the link, in case you want to vote me in.

In the meantime, I have a suggestion to help tide things over.  Here's something that launches on the 25th of this month. 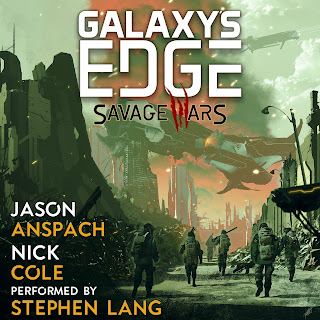 Many of you know of Jason Anspach and Nick Cole's hard-hitting science fiction series, Galaxy's Edge.

The gents are now releasing a series of novels detailing The Savage Wars, the star-shredding conflicts that prefaced the events in the first novel series.  Here's their ad copy...

The greatest conflict the galaxy has ever known…

They were the Savages. Raiders from our distant past. Elites who left Earth to create tailor-made utopias aboard the massive lighthuggers that crawled through the darkness between the stars. But the people they left behind on a dying planet didn't perish in the dystopian nightmare the Savages had themselves created: they thrived, discovering faster-than-light technology and using it to colonize the galaxy ahead of the Savages, forming fantastic new civilizations that surpassed the wildest dreams of Old Earth.
​

Until the Savages came in from the Darkness...
When a Savage hulk lands on glittering New Vega, one of the crown jewels of the post-Earth galaxy, a coalition of planetary governments amasses their forces to respond to the post-human Savage Marines who’ve come to sack and enslave. But what the coalition forces find is something far more sinister than the typical Savage hit-and-run: this time, the Savages have come to stay.
Witness the intense beginning of THE SAVAGE WARS, the epic conflict, built into the lore of GALAXY'S EDGE, that will encompass over a thousand years of brutal fighting. Only the greatest military force in the galaxy can bring this war to an end… and the galaxy will never again be the same.
Experience the beginning of the Legion. Experience the Savage Wars. 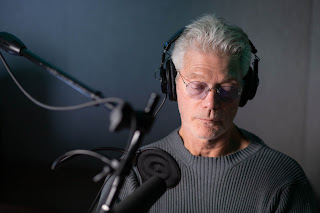 The audiobook is narrated by Stephen Lang.  That's a great get. 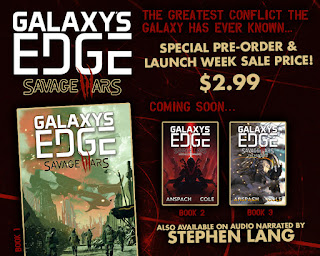 So, here's the Amazon link.  https://www.amazon.com/gp/product/B084P2PWYY/

From there, you'll be able to buy ebook or audio.