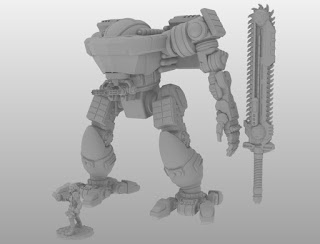 My book, Defiance: Junctionworld Book One, launches this week on Amazon.

As part of the launch, I wanted to do STL files of some of the mechs and their battle implements from the book.

Here's a gladiator combat mech, along with a few weapons meant for it to hold in its steely hands.

Here's the first detail pass on a suppressive gatling that mounts like a chin gun on an attack helicopter.  The first, crude version was done for art's sake on a cover illustration.
Now, though, I want to offer it as a 3D-printable mini-kit. 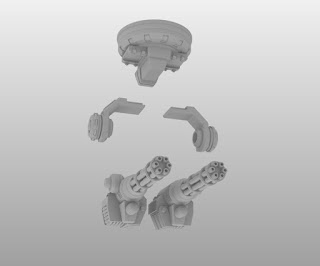 Here it is, detailed out and arranged into interlocking pieces.  More detail has been added, as well. 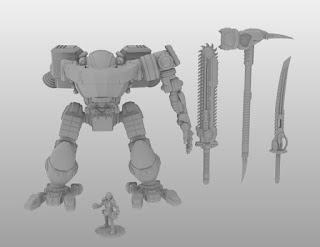 Here's the re-proportioned mech (minus an arm, for now) with a lovely selection of macroweapons.

In the meantime, Defiance: Junctionworld Book One is available on Amazon, beginning the 15th of October.  Stay tuned! 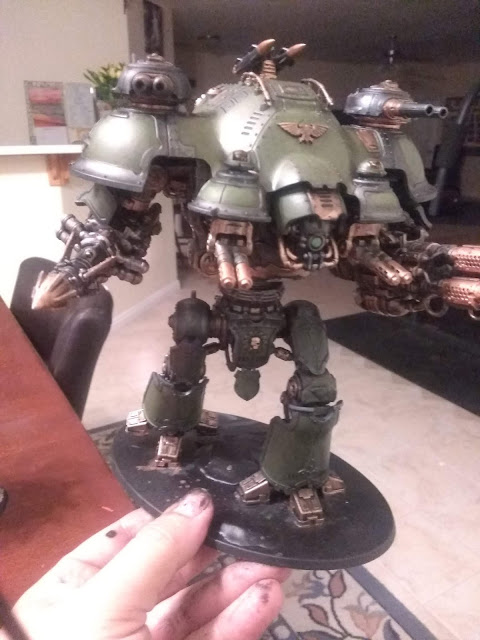