Here's a little idea I had to get out of my head.
I have no idea if my editors will allow it to stay in the book, but here's a cheeky little side story from Book 3.
-----------------------------
JUNCTIONWORLD
THIRD GATE ZONE
The interdimensional vessel made its audible presence known seconds before it became visible in time and space. As it faded from nebulous aether into hard reality, its wailing, siren-like power signature filled the shattered plaza of the residential pod complex.
A thin, non-descript humanoid male stepped from the craft’s front door. The distant chatter of automatic energy weaponry greeted his ears, and he looked around, puzzled at his bleak surroundings.
“Hang on,” he said, taking in the horrid worldscape of Junctionworld’s dark, crackling skies. “Why did she bring us here, of all places? Of all the damnable hellholes, this is where we had to come?”
He pulled a scanning tool from his overcoat’s inside pocket. Its whirring readout confirmed his worst suspicions.
“Oh, and especially why now?” he said aloud, disbelief and exasperation mingled in his voice.
A pair of beings, one translucent, robotic, and blue, the other quite human and female, began to exit the craft.
“Where are we now, Doc-“ the young woman started to say, halting as the sights and smells of the warzone assaulted her senses. He held the scanner tool up to his lips to shush her, his eyes narrowing.
“No, don’t say it. Don’t even finish it,” the traveler replied, pointing to a nearby surveillance camera with half its mounting bracket shot away. “This miserable little pocket dimension is wired for sound, and even though there appears to be a war on, we don’t know who might be listening. I’m not enamored with this place, and the pesky little blokes in their bubbles who run this nexus are even less fond of me.”
“You mean, you know this place?” she asked, peering from the ship's door with disgust. “You’ve been here before?”
“A time, or two, yes,” the traveler said as an octorat scurried past his shoe towards a charred corpse in the courtyard’s corner. “Received a death sentence, on each occasion, too. Lovely place. Good coffee, though, from a little shop around the Fifth Gate.”
He scanned his handheld device again.
“Oh,” he said, mild surprise and disappointment in his voice, “The wee buggers nuked Jallabini’s. Nevermind.”
He looked around, surveying the ruined cylindrical apartments, some with perforated, burning interiors. With a scooping wave of his arms, he motioned them both inside. “Right. In you go, both of you.”
A small meow emitted from the ship’s doorway.
“Yes, you, too, Alonzo,” he said, bidding the small mammal to return to the ship’s expansive command center, which existed in stark opposition to its diminutive exterior. “Junctionworld is no place for kitties.”
Another meow sounded from the expansive inside of the impossible ship. “No, I don’t know why she brought us here, either,” the overcoat-wearing being answered the feline, wincing as a drone streaked overhead followed by a flight of missiles.
“We’ll need to run a diagnostic on her, once we’re away.”
“But, is this not The Crossroads, the realm of The Future, The Way?” the synthetic android asked. An explosion echoed throughout the burnt-out apartment complex’s catacombs, accompanied by the sound of screeching metal and a thunderous impact.
“Not yet, it isn’t,” the man said, reentering his transdimensional ship’s entryway. “Who knows, it might never come to be, if we interfere with it. We seem to have arrived just before the calamity, Darvo, my lad.”
“You mean, before she ruins everything?” the blue being said, concern on his semi-flexible face plate. “Pity. I could use some time and counsel from a Wardancer.”
“Darvus-77, having spent some time with the golden lovelies myself, you have my sympathies,” the traveler answered as he pulled the robot back inside the craft. “Connecting-port pastimes will have to wait for another occasion, though. I can be legally shot on sight in this place, and you and your nano-composite mind are not allowed to exist, by their silly little code. Back in the ship you go.”
“Very well,” Darvus sighed, taking one last look around at the war-torn buildings around him. His optics evaluated the ballistic track of an incoming missile as it arced towards them. “Seems like we’re missing out on the fun, though.”
The vessel faded from reality in the same manner it arrived, with an undulating, howling sound and flash of light. The explosive warhead detonated where it once stood, seconds before, collapsing the damaged hab-pod complex in a flurry of screams, fire, and debris.
-------------------------
The Dragon Awards are expected to be announced today.
I don't have a snowball's chance in a fusion reactor of winning, but it was an honor to be nominated.
For those of you who missed it, I was invited to the Sci-Fi Shenanigans Podcast, along with another pair of authors up for the award. It was a good time, depite my awkward audio demeanor.
Here's the full link, in case you need it.
http://www.sfshenanigans.com/2020/08/27/sfs-episode-168-dragon-award-finalist-panel/
Well, work continues.
Best,
Bear/JBR 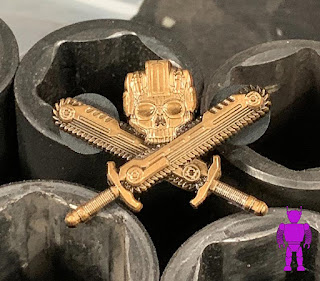